How To Book Online

Air Indus is one of the private airlines in Pakistan. It is owned 100% by Pakistani share holders. it resumed its operations on 28th July 2013 with three Boeing B737-300 with an aim to provide World Class Air Transport facility to the travailing public of Pakistan particularly on the domestic sectors of our country. Seeing overwhelming response in our operations soon after few months of our startup Air Indus added one more aircraft in its fleet of same type. With its punctual and convenient schedule, best in flight and ground service, second best domestic network after the National Carrier in a short span of one year Air Indus took over 11% of the domestic market share by lifting around half a million passengers in the first year of its operation which no other airline ever did before in Pakistan. Air Indus became the first airline of the country which started daily flights from its Hub Karachi to Federal and all Provincial cities of Pakistan. Air Indus also became the first airline which resumed its daily flights from Karachi Multan and Faisalabad and also started flights between Karachi and Bahawalpur which no other Private airline did before. Air Indus was also the first airline of Pakistan which started daily flights between Islamabad and Quetta. 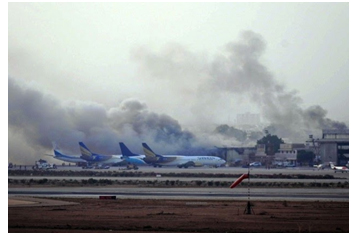 After a successful launch Air Indus was about to start its International operations but unfortunately it lost its two aircraft in the last Terrorist attack which took place on the night between June 8 & 9, 2014 and with this our fleet was reduced to two aircraft. Knowing aircraft’s Insurers were taking time, CAA did not insist Air Indus to replace the damaged aircraft and its operation continued. However after the introduction of New National Aviation Policy (NAP) 2015 by the Government of Pakistan, CAA did not renew our license and on the eve of June 30, 2015 CAA suspended our operation due to the reason that as per the NAP-2015 for a Scheduled Passenger Airline operating in Pakistan now it is mandatory to have a minimum fleet of three airworthy aircraft, although on day when the its Pakistan CAA suspended the Air Indus Operation in its Operational Specification Air Indus had four aircraft but two were not operational as they got damaged in the Terror Attack therefore since the suspension Air Indus operations remain standstill. 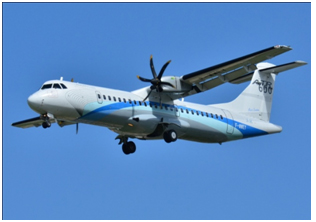 To restart its operations Air Indus is now planning to import three latest models ATR 72-600. These State Of Art modern aircraft are fitted with more powerful Pratt & Whitney 127M Engine and High Tech Glass Cockpit. After the induction of Turboprop Aircraft Air Indus is now planning to restart its operation shortly by resuming flights between the hub cities of Pakistan and social economy sectors like Gawader, Sukkur, Rahim Yar Khan, Gilgit. Air Indus is also planning to induct Narrow Body Aircraft to operate between Trunk Routes of the country and also to start flying on International destinations from major cities of Pakistan to the Gulf States of Middle East like Saudi Arabia, UAE, Qatar, Kuwait, Oman and Iran and In Shah Allah with a passage of time Air Indus will also extend its operation to Europe and Far East by adding more aircraft into its fleet